Only YOU can prevent shame and stigma 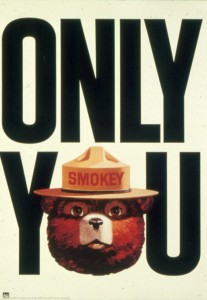 Today is Intersex Awareness Day, which means it’s our annual chance to shine a spotlight on one of medicine’s most profound failures: it’s treatment of people born with biological differences in sex development, also known as intersex.

The Hippocratic Oath that all physicians take exhorts us to Do No Harm. Yet, for decades surgeons have been causing their patients irrevocable, life-changing harm with well-intentioned attempts to “fix” intersex.

Imagine being a 16 year old girl who is told that they need surgery to remove potential cancerous gonads. Imagine not being told until after this surgery that you have to take hormones for the rest of your life or risk osteoporosis, depression and other menopausal symptoms.

Imagine being a 18 year old girl, about to go to college. Because you have something called Androgen Insensitivity Syndrome, you have an underdeveloped vagina – so your surgeon suggests something called a vaginoplasty in which intestine is used to create a longer vaginal canal. But the surgery goes wrong – postoperative scarring causes any sort of penetration to be painful, and only afterward to you find out that you could have avoided the surgery entirely by simply stretching yourself with dilators.

Finally, imagine that you’re one of the two girls above. Your doctors tell you that you’ll never meet anyone like you, so don’t even try. Your parents tell you not to discuss your diagnosis with anyone, not even your best friends – it’s too private, they say. It’s none of their business. When you go to your doctors appointments your mother can barely conceal her shame. Your father doesn’t go to these visits at all.

To imagine these traumas is to imagine being intersex.

Now imagine being able to save someone from these medical horrors – because it is in your power. Because the world is changing as Intersex Awareness increases, as intersex people gather as a community and use the power of their stories to change medical care doctor by doctor, surgeon by surgeon.

Today, I invite you to help in all the ways:

1. If you DON’T know what intersex is: Watch this Buzzfeed video. It’ll make you laugh, and it might make you cry.

2. If you DO know what intersex is but aren’t sure why it’s important: Read this post where some amazing writers tell you why.

3. Unclear about the harms perpetrated by well meaning physicians? Read this post about intersex and intimacy to understand the depth of the harm caused by unnecessary surgery on intersex bodies.

4. If you’re moved? Please consider spreading the word. Share this post, or the Buzzfeed video, or any of the other articles (hey, even Good Housekeeping has one if that’s your jam). Follow @interACT_adv on Twitter or Instagram or Facebook. DONATE to them so they can continue the incredible work they do on a shoestring budget. Tag someone you know who might not know what intersex is, other than a curiosity. Show them that the girl next door could be intersex, and that intersex bodies are beautiful.

Thank you, and remember to vote with your conscience on November 8th!!