2 Steps Forward, One Step Back: Why I’m donating all my April royalties to interACT Advocates 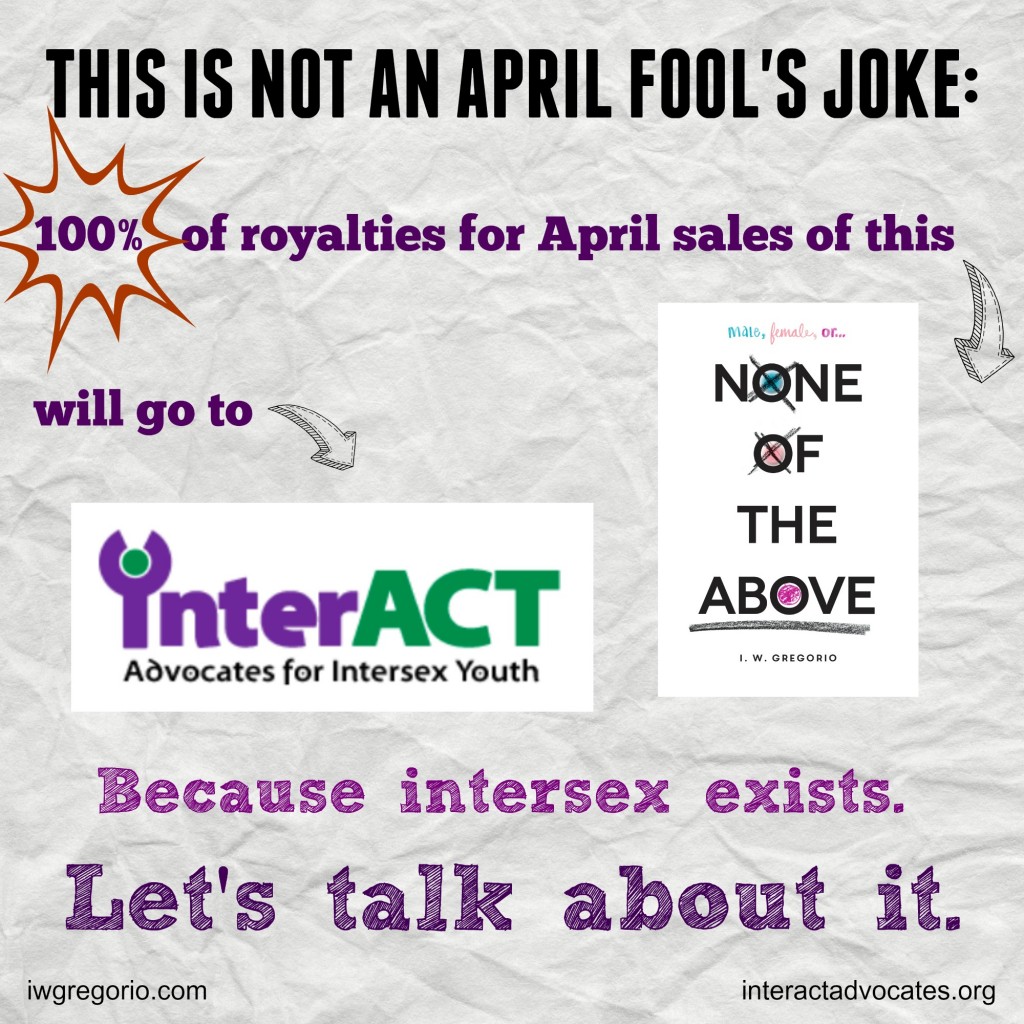 I’ll be honest: When I first went out to agents with None of the Above, part of me worried that traditional publishing wouldn’t touch a project with an intersex main character. For one, it was impossible to write about intersex without talking about testicles and vaginas, and who wanted that? I mean, the word itself had the letters s-e-x in them, so goodbye, sales from people who wanted clean teen.

Even more worrisome to me was just how much ignorance there was surrounding the entire topic, and how many myths there were out there about intersex bodies. True story: One of my first beta readers was really stressed out while reading an early draft of NOTA’s first chapter. She kept on waiting for my main character to pull out her penis during the sex scene (N.B.: most intersex people do not have both a penis and a vagina).

I won’t lie. Sometimes talking about my book to prospective readers feels like pushing a stalled car up a hill. I was told point blank by one of my publisher’s sales representatives that my book was a “tough sell.” Later on, they clarified that it didn’t mean that book buyers weren’t picking up the book – in fact, indie bookstores have been crucial to NOTA’s relative success, and we wouldn’t be on a fifth printing if it weren’t for them. Rather, there was an activation energy of sorts when you told someone about the book, both because it required background info and explanation, and because transphobia—indeed, the phobia of any body that is different from the dominant paradigm—exists.

Times, of course, are a-changing, and the wheel of progress continues to turn. Largely because of the tireless work of organizations like interACT Advocates: Advocates for Intersex Youth, and OII (Organization Intersex International), intersex visibility increases every day. In the two years since None of the Above was published, these organizations have operated on shoestring budgets to increase intersex awareness. These are just some of the highlights of two years of intersex advocacy:

Despite all these advances, there is work to be done.

This last election galvanized a lot of people to put their money where their mouths are. Organizations like Planned Parenthood and the Southern Poverty Law Center saw record-breaking donation levels. With upcoming budget cuts, it’s likely that things will be tighter for a lot of organizations. I will say this, though: interACT Advocates does more with less than most non-profits.

So when I say that 100% of the April royalties to None of the Above will go to interACT, know that if you buy a copy of the shiny new paperback—whether it be for yourself, a dear friend, or your local library—it will benefit an organization that is dedicated to shedding light on one of the human rights issues of our time. 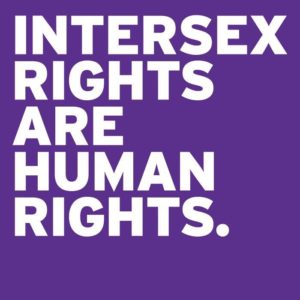 One Response to 2 Steps Forward, One Step Back: Why I’m donating all my April royalties to interACT Advocates