Indie bookstores need your help! Take it from someone who lost her hometown indie TWICE. 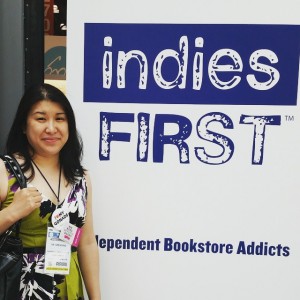 There have been scores of essays written on why independent and brick-and-mortar booksellers matter. This quote from writer Rob Hart my seem harsh, but his point is valid.

[Online booksellers] will never host a reading where an author can shake hands with a reader. They’ll promote what sells, not what’s good. They’ll sell books with the same reverence and care that they’ll sell a blender, because to them, both items are the same: A product with a price that goes in a box.

Hart’s essay was written way back in 2011, but the truth of it didn’t really hit home to me until 2012, when my beloved independent bookstore announced that it would be closing its doors.

When I first moved to West Chester, Pennsylvania from the California Bay Area in 2010, I was prepared for culture shock. No longer would I be in walking distance to a Whole Foods, a library, a movie theater and a Barnes & Noble. I knew I’d miss the literary scene in sunny California, where I could go to weekly – honestly, it could have practically daily – events at Kepler’s Books in Menlo Park.

What a lovely surprise it was, then, to discover a world-class independent bookstore within two minutes drive of my office. Chester County Books and Music Company (CCBMC) was a true wonder, a sprawling, practically warehouse-sized hidden gem of a store with a thriving cafe, a separate music section with a combination of new and used CDs, and a children’s area that was bigger than some libraries I’ve been to.

The booksellers at CCBMC  – including Joanne Fritz, whose middle grade book is coming out in 2021 – were in a league of their own, able to pull up book suggestions at the drop of a hat from an immense inventory. Their carefully curated staff picks were basically guaranteed to please (okay, as the image below shows, I may be a bit biased). 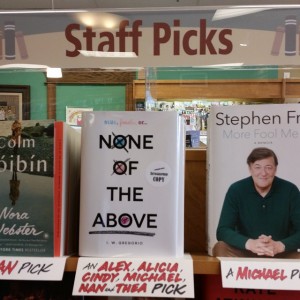 The store was also a cultural scene, being a magnet for visiting authors. As an aspiring author in a new town, it was through CCBMC events for A.S. King,  Beth Kephart, Amy Garvey, K.M. Walton, and Matthew Quick that I formed the writing community that supported and inspired me in my long and winding path to publication. Publishing can be a discouraging, baffling and lonely experience, but it’s been made bearable by the local Philly author connections I made through bookstores, including E.C. Meyers, Dianne Salerni, Nicole Valentine, Randy Ribay, Blair Thornburgh, Katie Locke, Eric Smith, Eric Bell, Kacen Callender, Fran Wilde and Alex London.

Whenever I had more than 5 minutes to inhale my lunch in between seeing patients, I would take the short drive over to CCBMC to build my kids’ (and, okay, my own) library. My husband used to joke that I had to go pay my weekly tithe to the book gods. Which is true, except sometimes it was a twice-weekly event.

Then, calamity. The store owners announced that they’d be closing.

I know some might find it odd to grieve a business closure as if it’s the demise of a best friend, but it’s not just the physical space and access to books that saddened me. I mourned the loss of community, and that so many hardworking and passionate book-lovers lost jobs they truly loved.

I mourned the books that would no longer be hand-sold by actual, live people, and feared that readers would resort to online algorithms to determine their purchasing choices. The odds that a quieter, so-called “midlist” book would become a sleeper hit became even more slim.

Then, a miracle. After a swell of local support, the Chester County Book Company re-opened, sans its music wing and cafe, in a smaller space in the same shopping center. Much of its staff remained on board. My daughter got her favorite stuffed animal dozens of new books from the new children’s section.

In April of 2015, one of the proudest days of my life, I had the launch of my debut novel in their beautiful new location, and celebrated with dozens of my friends, family and author buddies.

The store’s temporary closure felt like a brush of death, and I did my darndest to keep it afloat by increasing the frequency and magnitude of my tithes. I purchased every single holiday or birthday gift from that store.

And still, in 2016, it closed again. Several months later, a former staff member re-opened a book outlet in the same location, selling primarily discounted books with a select collection of newer titles. Months later, that business, too, shuttered.

So now my children live in a town without a bookstore. There is a superb Barnes & Noble two towns over where I had planned to launch This is My Brain in Love, but nothing that I can run to during a lunch break, or when my son needs to get the next volume in the series he’s reading right now.

It’s not that it’s wrong to buy books online. When money was tight in the past, I’ve chosen to take steep discounts and free shipping without a modicum of guilt. But when my family has the means and time to, we do our best go to a physical store to buy books, gifts, and even something from the cafe.

In the covid era, bookstores, like the vast majority of businesses in the world, are hurting right. I wouldn’t be able to live with myself if we emerged from this pandemic to find local gems like Haverford Children’s Book World, Wellington Square Books, Main Point Books and Shakespeare and Co. gone.

So, to add trademark indie “value” to anyone to purchases a copy of This is My Brain in Love from an independent bookstore, I’m excited to launch a TIMBIL indie ordering campaign, which will include virtual events, signed bookplates, stickers & bookmarks, and a ton of good karma. Full details coming soon! 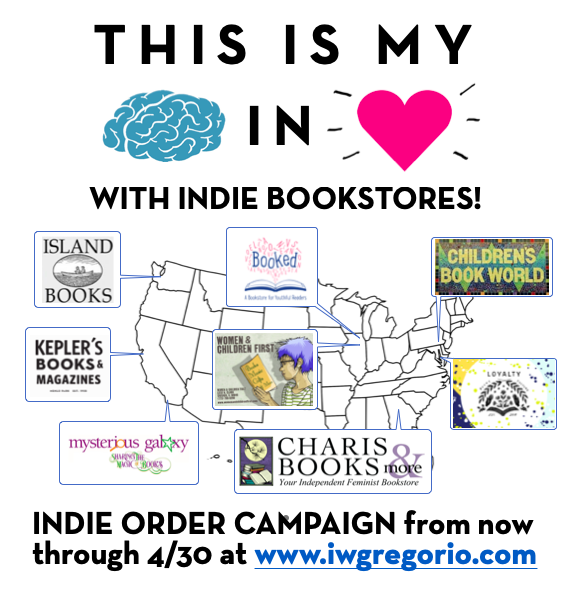